A typography school project brief to create a set of drop-caps with four accompanying dingbats and separators. I chose to base my type design on freak shows common in 19th century England and America.

The choice to depict the acts of the freak show was inspired by the contortion of human form in the drop-caps of the illuminated manuscripts. Freak shows are travelling shows where people, born with physical, mental, and behavioural abnormalities, usually shunned by their family and peers, join to be treated as objects of fascination and entertainment. Each drop-cap contains an act or exhibit which name corresponds to the alphabet, and tells a unique narrative of these marvellous and macabre inventions of nature.

A second part of the brief required for us to translate our type into a t-shirt design. 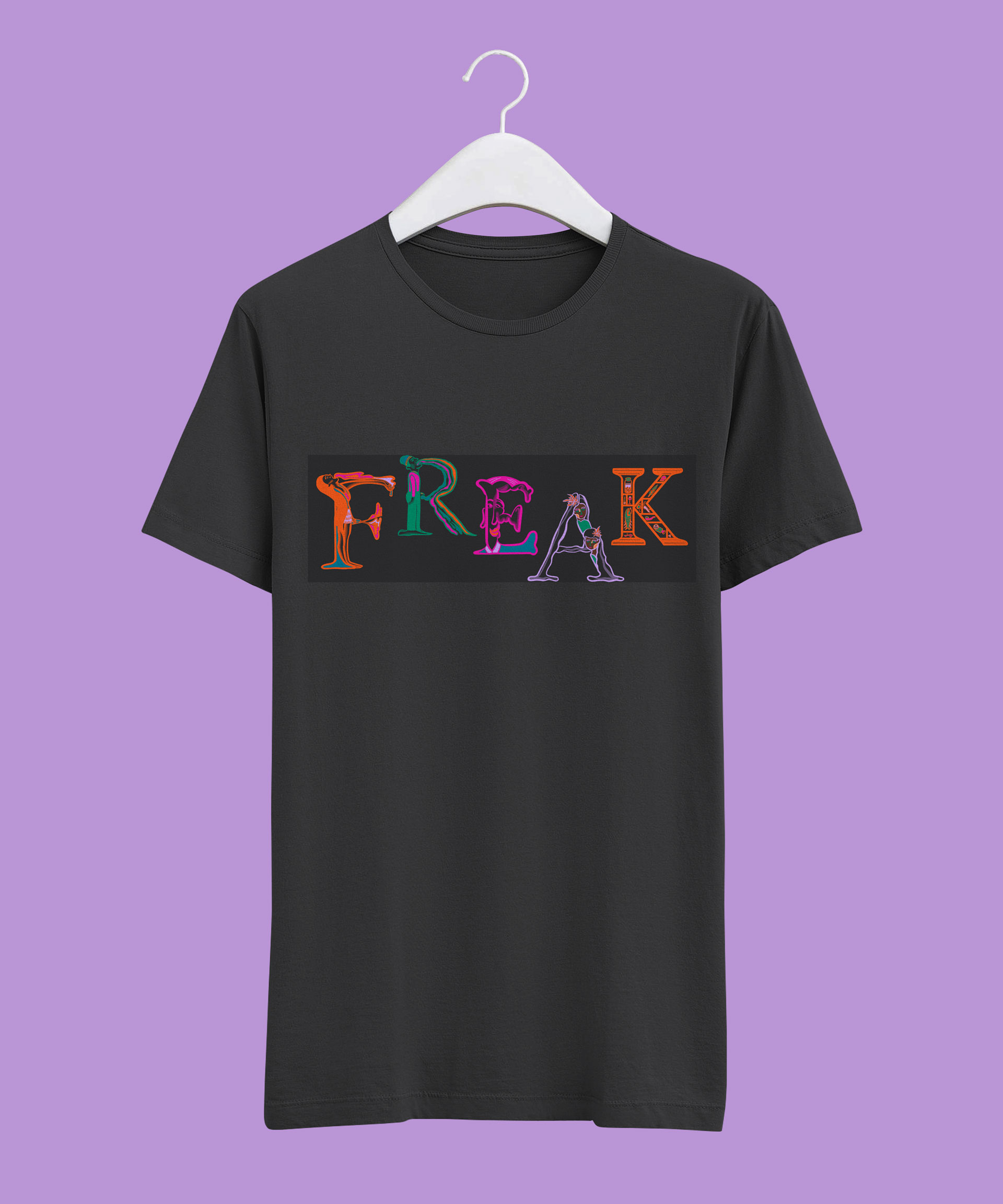 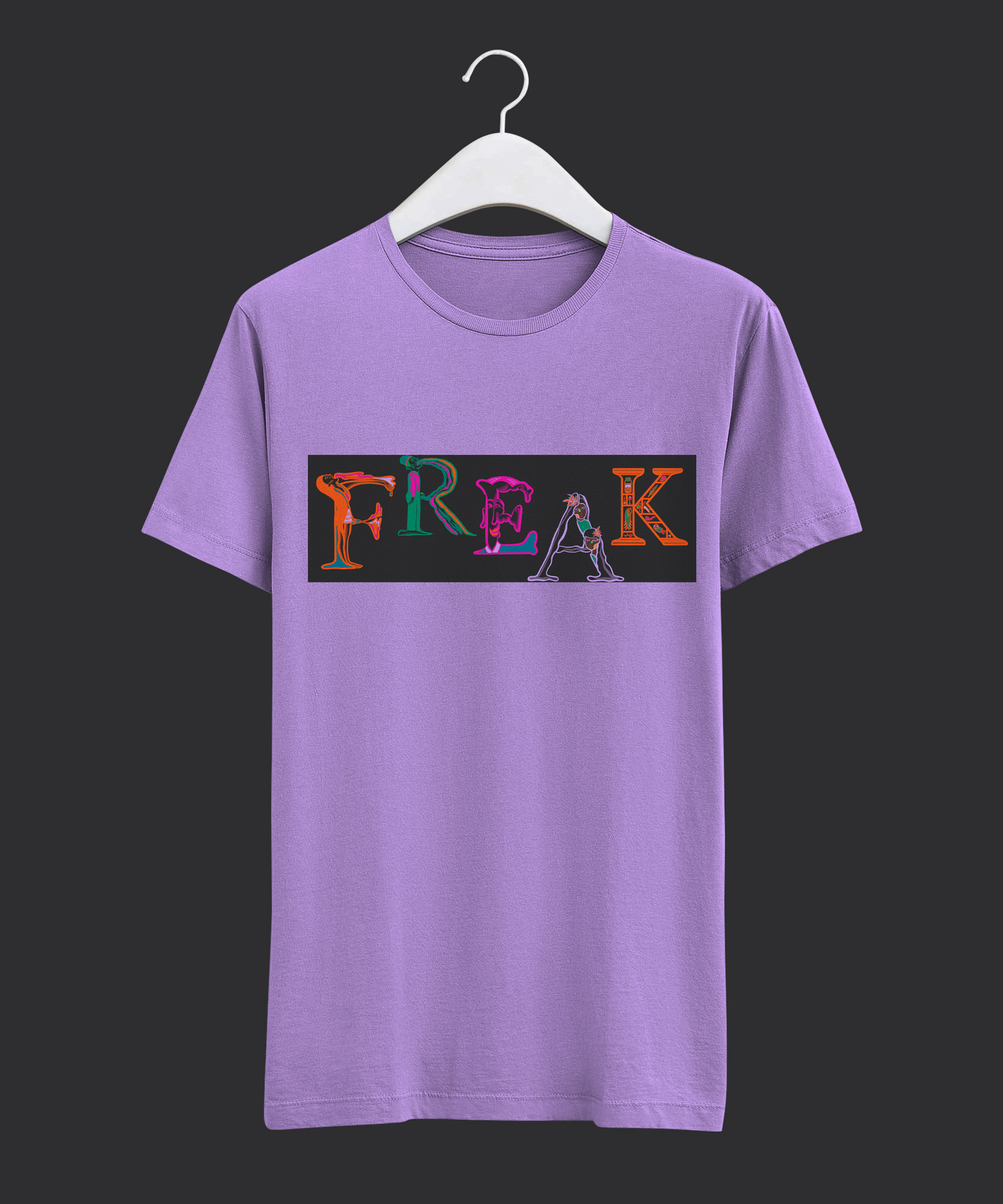 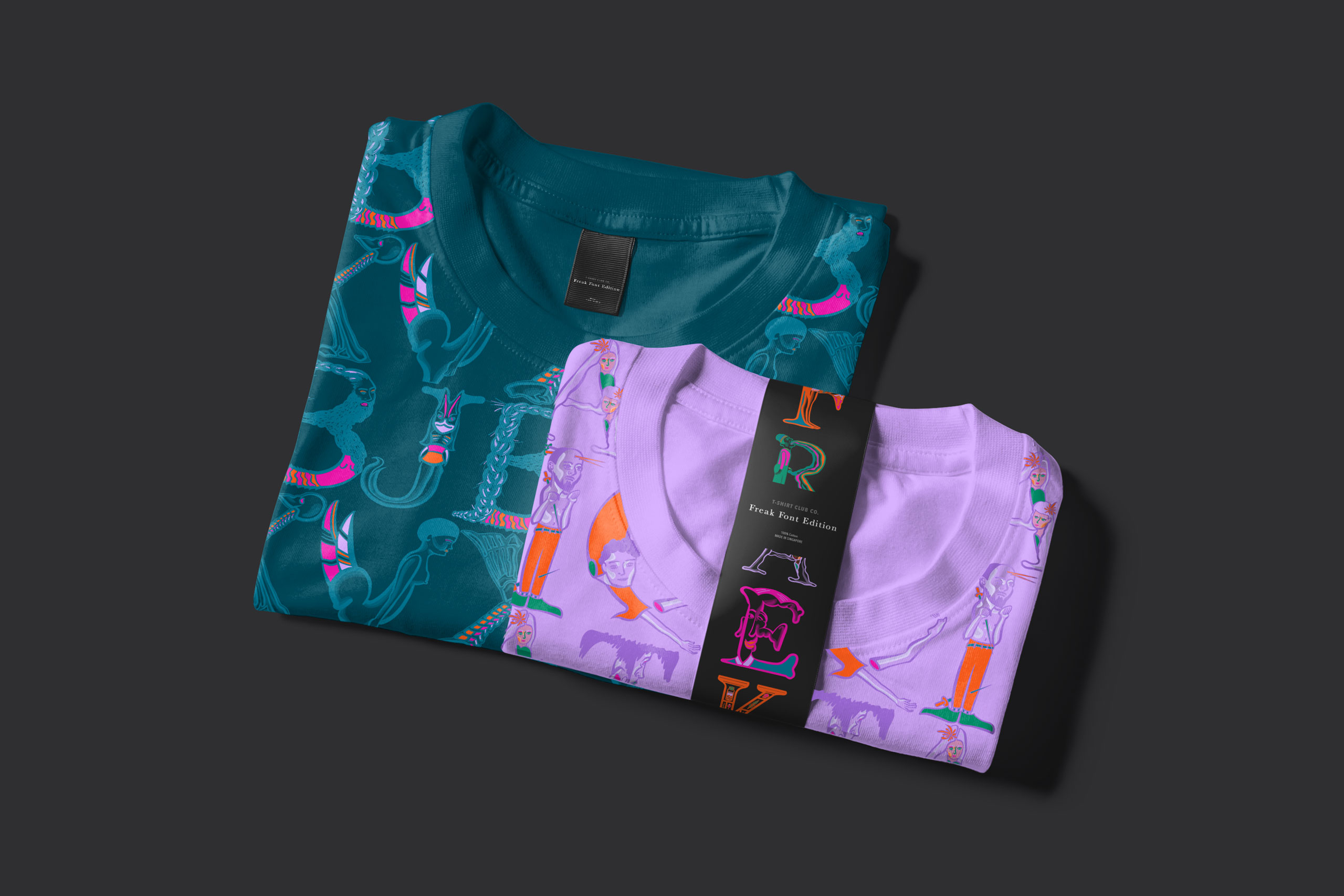 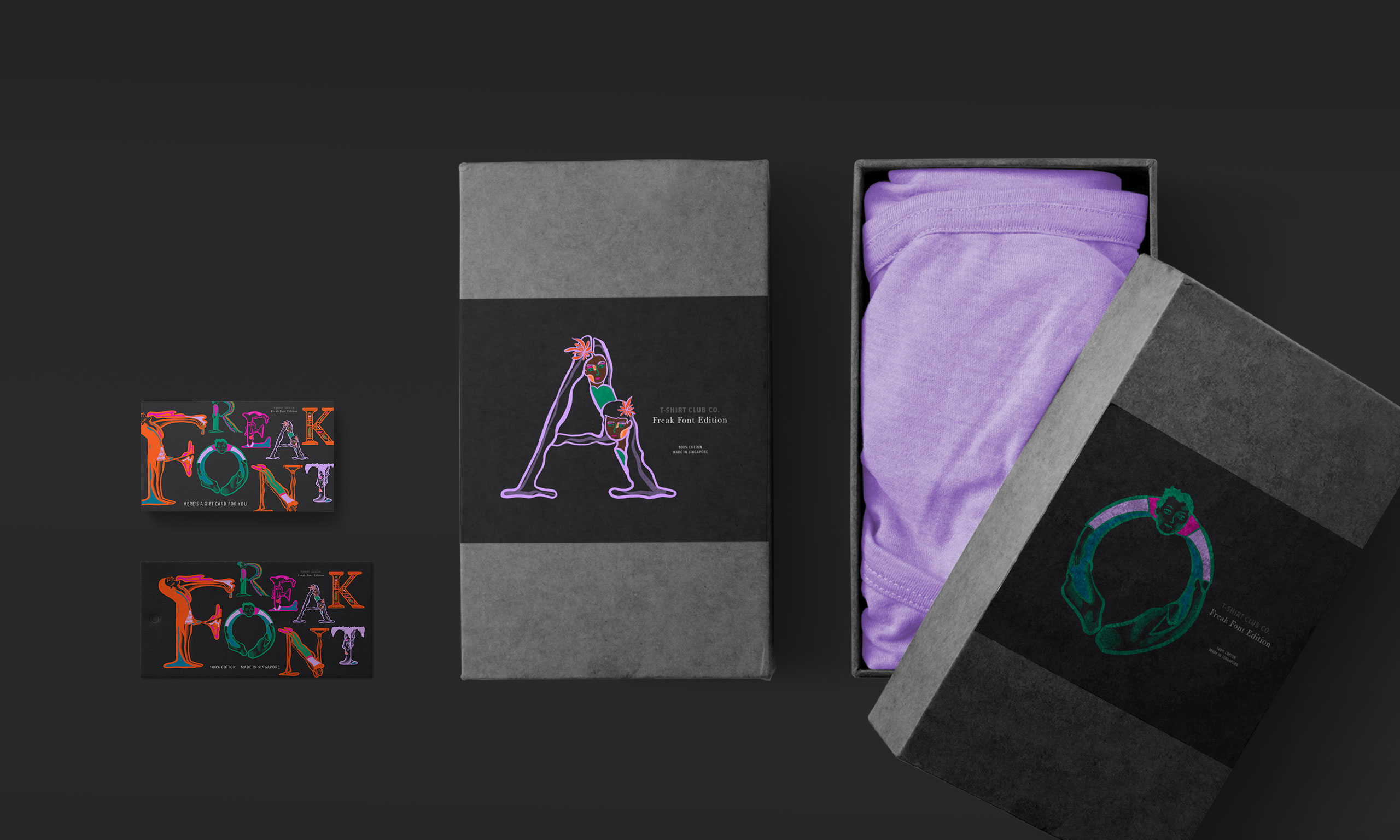